How to read the Periodic Table 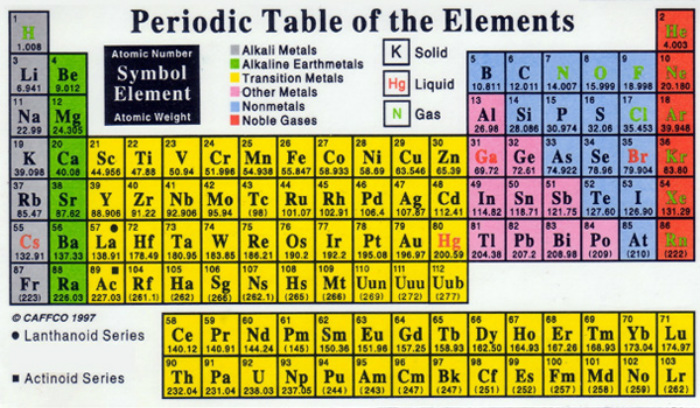 Don't be frightened by the periodic table.  I know it looks very difficult to read and understand, but it really isn't.  Here are the basics!  The table is just a grid of all the elements in existence.  These elements are arranged in order of their atomic numbers (the number of protons each atom has in its nucleus).  The elements are arranged this way to keep elements of similar properties together. The periodic table has rows running left to right (which are called periods) and columns running up and down (which are called groups).

There are 18 groups (columns) in the periodic table.  The elements are grouped together based on their similarities and because they all have the same number of electrons in their outer shell.  By knowing which group the element is in you are able to tell a lot about the element.

The properties of the elements across a period (row) change gradually. There electron shells have the same numbers, but they are very different.  When you move across the period (row), atoms begin to get heavier and smaller.  This happens because the electron shells stay the same across the period but the number of protons in the nucleus gets larger, and the positively charged protons sucks the negatively charged electrons tighter into the center.